What Is The Best Definition of Detoxification and What Does Body Detox Entail?

View More
What Is The Best Definition of Detoxification and What Does Body Detox Entail?

The Essential Alkaline Food List to Help You Regenerate Your Body

What Are Detox Symptoms?: How to Navigate the Healing Crisis

View More
What Are Detox Symptoms?: How to Navigate the Healing Crisis
Get It For Free
This revolutionary, 40-page guide will teach you all you need to know
about how to cleanse your body naturally and have beautiful skin for life! 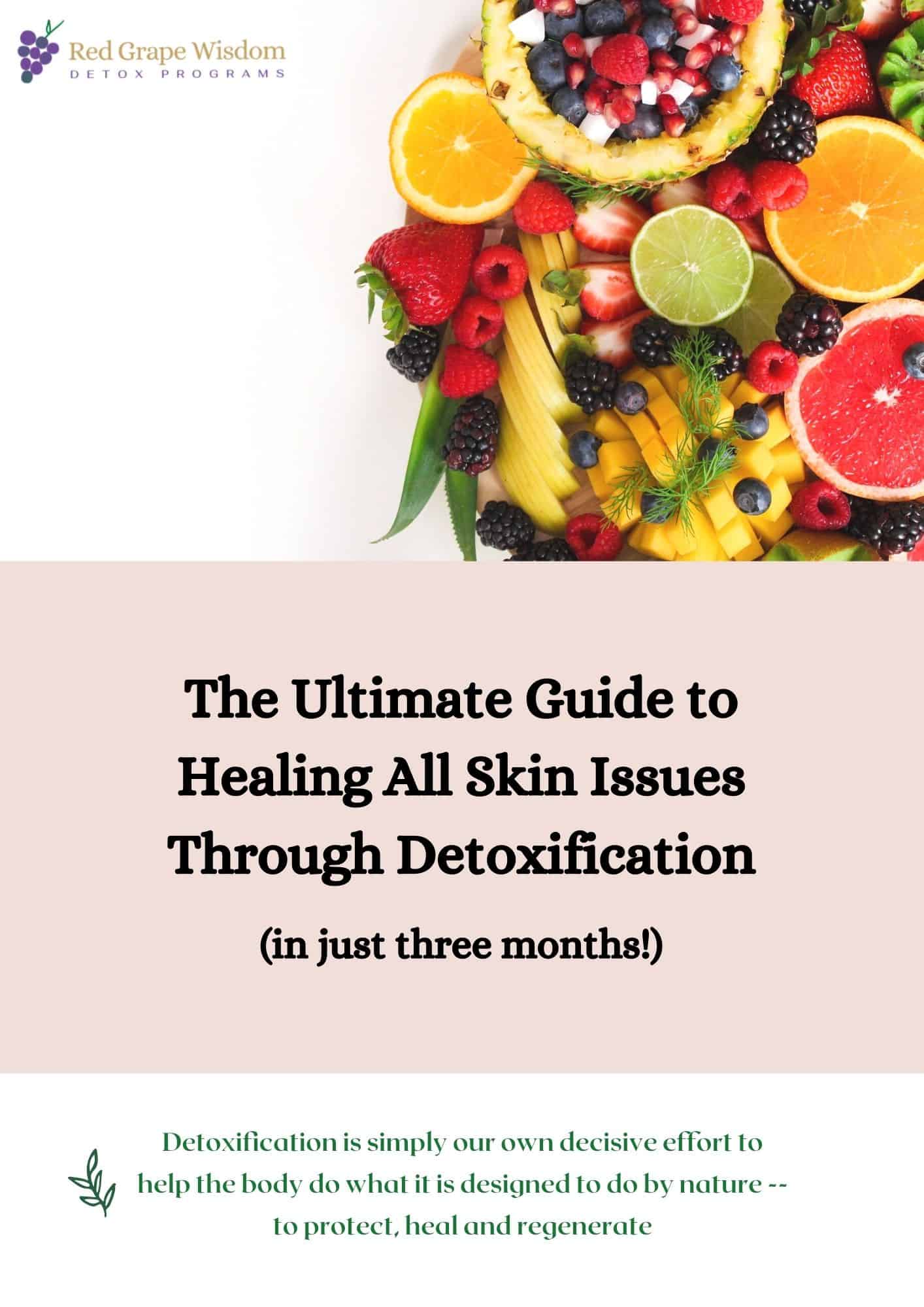 * Learn about the role of fruit and herbs in body regeneration

3 Research-Backed Reasons Why Organic Food is Healthier for You

“If people let the government decide what foods they eat and what medicines they take, their bodies will soon be in as sorry a state as are the souls who live under tyranny.”– Thomas Jefferson

If you’re wondering whether organic food is healthier than non-organic food, here is the short answer – yes, it is! Holistically, organic food is healthier by many metrics, as it is more nutritious, has fewer or no chemicals, and is not treated with artificial ripening agents, ensuring that food and produce grow until they ripen according to their natural growth cycle when they are at their nutritional peak.

Today, the organic food sector is one of the most in-demand industries, given the tangible signs of the detrimental effects of the modern lifestyle, artificial foods, and products that had flooded our society in the post-WW2 era and our worsening health as a global collective.

Farmers and shoppers realize that organic foods offer key health benefits that are a wiser return on investment and a part of a long-term health care strategy that bets on prevention.

Many decades and centuries ago, the term “organic” simply meant “conventional,” and most food producers were small family farms that used all of their knowledge of the land as well as physical resources to make the production a success – from understanding weather patterns and utilizing manure from their animals as organic fertilizer, to knowing when to plant for optimal crop yield and how to keep pests away with home-made, non-toxic concoctions.

However, that all changed with the advent of commercial farming and growth in industrial production that sought to monopolize food (our medicine) as a cheap production commodity. With the introduction of industrial, man-made chemicals, farming was changed forever.

Instead of small farms, big farms that standardized how food was produced according to regulator guidelines flourished all over the United States and the world, and the ‘art of farming’ was replaced with a standardized, chemically-generated agricultural revolution.

And since then, our health has also plummeted, given the chemical treatments of soil and soil depletion, food toxicity, picking fruits and veggies unripe (which completely changes the chemical and nutritious nature of the food), and radiating produce so that it can be “safe for consumption.” Instead of representing mother nature, our current source of sustenance is nothing short of semi-natural Frankenstein food.

Thankfully, the organic industry is rapidly growing as more farmers and consumers realize the benefits of organic foods in terms of their taste, healthiness, and environmental benefits.

When we ingest something organic or chemical-free, it has a positive effect on our mind, body, and soul; this is why organic foods are a key element for detoxing, cleansing and healing.

Before we get into the benefits of organic foods, here is a list of what constitutes ‘organic’ and how standards are currently set around organic production:

1. Organic Foods Can Significantly Reduce Toxic Exposure and Inflammation in the Body – the Root Cause of Majority of Diseases

One of the most overlooked benefits of organic foods is that they substantially reduce toxic buildup in the body from man-made chemicals, especially pesticides and synthetic fertilizers used on non-organic farms and food processing plants.

Pesticides have been linked to many cancers, including cancer clusters that have been reported around urban areas where hundreds of acres of chemical corn or soybeans are being grown right next to residential neighborhoods or schools. Many studies also report higher incidents of Parkinson’s disease with farmers who sprayed their crops frequently for pests.

So the next time you eat organic produce that is picked ripe and fresh as opposed to non-organic foods, one can only imagine how much less toxic your body would feel after just one organic meal!

We all know that organic food has more antioxidants – which are vital for metabolizing free radicals in the body and brain. They play an essential role in cell function, but too many of them can cause us harm or even disease if not able to be removed quickly by antioxidants.

While there are many natural ways to minimize free radicals in your body, organic foods not only increase the amount of energy that you get from them but also boost our ability to reduce oxidative stress and heal inflammation.

An Australian study conducted by the RMIT University tested what happened when 13 people switched to an organic diet for one week. After being tested for pesticides and chemicals before the change as well as after the one-week experiment, the results were truly impressive – a 90% reduction in pesticide exposure!

Chemicals, toxins, and cellular waste that the body finds difficult to purge from the body remain in our tissues and interstitial fluid and over time, damage tissue and cause chronic inflammation.

Yet another study assessed fruit quality in the golden delicious apple from five organic farms and five conventional farms. They found that in terms of taste, firmness, dietary fiber, and phenolic compound contents, fruits from organic farms outperformed the others. The study found that “physicochemical and nutritional properties relating to the contents of vitamins, phenolics and antioxidants are higher in organically produced fruits.”

The benefits of organic food on health are indisputable, as chemicals are known to cause inflammation over time and cause the onset of many of our modern, chronic diseases. By eating organic, you are investing in real, return-on-investment “health insurance” for your health and longevity.

Essentially, there is a vast difference between organic and non-organic produce you find in your local supermarket. For one, non-organic fruits and vegetables ripen faster because they are exposed to chemicals, which stimulate their growth (think of children being exposed to estrogen-mimicking chemicals that artificially stimulate the onset of puberty).

That is the way that GMO and conventional produce farmers grow food for mass consumption, utilizing dangerous pesticides and fertilizers in order to boost production.

This not only means that the consumer does not receive the benefits of fruits or vegetables at their nutritional peak but also that the produce may have some detrimental compounds for consumption, such as higher levels of lectins and other acidifying agents that may aggravate the body.

It absolutely does matter when produce is picked, and if it is picked way too early, chemically treated to look ripe, and is conventionally grown, the food has truly lost a vast amount of its beneficial qualities.

In fact, I would like to argue that it had changed its chemical composition so drastically that its chemical overload may be more harmful than any of its purported benefits.

Since organic foods take longer to grow, it has more time to build up plant nutrients as well as make use of their full potential during the growth cycle, which results in greater health benefits to your body and mind!

A comprehensive study by Baranski, et. al reveals the nutritional why organic food is healthier, particularly that the “levels at which they found antioxidant benefits in organic crops show that switching from a conventional to an organic diet resulted in a 20-40% (and for some compounds more than 60%) increase in crop-based antioxidant intake without a simultaneous increase in calorie consumption.”

Not withstanding the elimination of 90% of the most common pesticides, an organic diet supplies us with over double the antioxidants than a conventional diet.

This means that our bodies now have more nutrients to enable better functioning of our vital processes, leading us to feel more energetic and vital.

#3 Organic Food Protects the Brain and the Nervous System

Since most conventional produce has been shown to have traces of heavy metals, it is highly toxic to the brain and the nervous system. For example, organic vegetables tend to have much lower levels of cadmium and higher levels of essential minerals to promote the healthy functioning of the brain.

In fact, organic foods that are free from pesticides can improve the health of your brain dramatically!

Heavy metals have a strong negative effect on the brain’s ability to function normally, and organic food is known to have lower heavy metal levels than conventional foods.

Neurodegenerative diseases like Alzheimer’s and Parkinson’s are strongly linked with exposure to and accumulation of pesticides in the tissues of the nervous system. Lowering your exposure will not only improve your functioning but also prevent future damage from occurring.

Conventional food also contains much higher levels of nitrates, which are thought to be possibly linked with cognitive impairment or even diseases like Alzheimer’s. By switching to organic food, you will reduce your exposure and intake of nitrates as well as lead a healthier life!

Organic food is also healthier than conventional foods when it comes to the quality of essential fats it contains. The brain utilizes essential fatty acids for proper function, and organic produce tends to have higher levels of omegas fats.

Likewise, organic foods contain much higher levels of nutrients and organic iodine which helps the body to protect itself from radiation exposure while boosting thyroid functioning. Going organic will not only improve your health in many ways but will also protect you against harmful EMFs and heavy metal toxicity.

Organic food may be a bit more expensive than conventional food, but given the return on investment in terms of health and finances (due to lower medical costs down the line), going organic is the best decision you can make for your health today!

Remember, organic food is not just a fad, it’s an effective and healthy way of eating for the long haul the way our ancestors used to eat not so long ago.

Given that most of us have already been exposed to large amounts of chemicals and harmful environmental pollutants, organic food will give your body the best chance at protecting itself and rebooting.

And if you think your body could use a detoxification protocol after a long stint with conventional foods and products, my free comprehensive detox guide will help you every step of the way by teaching you about the importance of detoxification, presenting you with lifestyle tips, and offering a 3-month dietary protocol that reverses symptoms of disease!

Anesa is the founder of and the chief integrative health practitioner at Red Grape Wisdom, with a mission to teach the public the truth about health and the principles of wellness that trace their roots back to our human origins and our connection to the cosmic and natural law.

Her expertise lies in diagnostics, holistic detoxification, and healing support. She uses many unique modalities to help others heal naturally and thrive such as naturopathy, medical astrology, iridology, and Eastern traditional herbal medicine.