“Bernard was right. The germ is nothing, the terrain is everything.”   – Louis Pasteur

How the Germ Theory Shaped the Foundation of our Healthcare System

What if all that we’ve known about health, illness, and disease is all wrong? The truth is that it most likely is! In fact, the modern (allopathic) medical industry of today has emerged as an institution from a theory – the germ theory – first postulated by Rudolf Virchow, the father of modern pathology, and then by a French chemist, Louis Pasteur, whose study of pathogens theorized that illness develops as a reaction to pathogens.

The germ theory was developed between 1850 to 1920 and then adopted by the evolving and rapidly centralizing medical industry that was still in its infancy and which sought to have concrete answers that could be packaged and conveniently administered.

The theory was adopted as truth, when in reality, it was just speculation that required long-term scientific testing and validation, and this could only be done by observing the generational consequences on collective human health.

In a way, we are still the experimental subjects of a relatively new theory whose effects on our long-term genetics (and species) are still uncertain.

But, simply look around at the state of our collective health in the world today, and you don’t have to wonder about the true effects of the application of germ theory. And if you need more proof of that claim, it’s enough to know that the third leading cause of death in the United States is medical errors and malpractice.

In fact, during the same time that the germ theory emerged, a competing theory was postulated – the terrain theory. Whereas the germ theory speculated that all germs and pathogens are “bad” and come from the outside to harm us and that the solution is always defensive through chemical intervention, the terrain theory speculated that it is actually the environment in our bodies that determines if bacteria, fungus and pathogens inside us and those entering our bodies become harmful to our health.

Essentially, it theorizes that the same pathogens in two distinct bodies would react differently depending on the states of health of those individuals (one would most likely get sick, whereas the other would stay healthy).

The premise of the terrain theory is that our external environmental conditions (the air we breathe, the friendships we keep, and the food we consume) influence our internal bodily terrain – our gut microbiome – and that chemical state influences how pathogens react in our bodies and even how they co-evolve with the terrain to either work with our bodies or to harm them.

What is Terrain Theory of Disease Causation?

Both the germ and the terrain theories originated in Europe in the mid-19th century. Our modern healthcare system (allopathic system of medicine) operates exactly from the ideas postulated by the germ theory, which was proposed by Louis Pasteur. Its tenets lie on the premise that we are somehow unequipped by nature to deal with nature’s imbalances and therefore we need chemical protection from the dangerous, outside world. It views our bodies as fragile, biologically non-adaptive, and naturally insufficient for our world.

On the other side of the emerging illness theories of the day was Claude Bernard, the father of the terrain theory, which was further expanded on by the work of Antoine Bechamps, a prodigious bacteriologist and a Renaissance man whose accomplishments filled eight pages of a science journal upon his death.

Bechamp’s own research showed that illness was a reaction to the body’s “toxic overload,” and that this acidic condition was further precipitated by external toxins.

He further found that only damaged or decayed tissue was vulnerable to germ infectivity, and a healthy person’s terrain would not allow for an infection to take place.

In other words, the toxic terrain was always the result of pathogenic activity – meaning the germs come and feed off of the decaying tissues, causing illness. As Bechamps stated, “we do not catch diseases, we build them.”

The simple reason the germ theory prevailed and was adopted as the theory that dictated our healthcare discourse for over 150 years is that Pasteur’s model was much easier to package, monetize and regulate by the emerging medical industry.

Perhaps the industry overlords felt that making people responsible for their own health was too difficult or misaligned with their plans as an emerging system of authority – a vision that viewed healthy, informed individuals as bad for business. Why train so many doctors and who would then buy all the medicine if most people took preventative accountability for their health with the right diet and lifestyle?

What is probably the most indicative of the error of our ardent acceptance of the germ theory is that even its founders acknowledged that it did not hold up in the light of the terrain theory. Virchow stated in his later years: “If I could live my life over again, I would devote it to proving that germs seek their natural habitat – diseased tissues – rather than causing disease.”

Why the Germ Theory Prevailed as a Medical Fact

Just as Edison’s energy inventions were easier to monetize by business interests over Tesla’s inventions, which were predicated on free energy, Pasteur’s theory was embraced simply because it was based on the disempowerment of the individual over his or her health by highlighting a “defensive” approach needed to fend off the dangerous, outside world – most notably through drugs, vaccinations and medical interventions.

It also gave “the expert” authority and power over the individual, who was vulnerable without the guidance of the doctor out of fear that not following a given protocol would lead to personal demise!

In addition to introducing the method of killing germs (and nutrients that came along with the chemistry in nature) by heating liquids at high temperatures so that they could be safe to ingest through  “pasteurization” – yes, the process that was named after him – Pasteur was also responsible for introducing animal experimentation in medical research.

To prove causality, he prepared mixtures from the diseased tissues of sick animals and injected them into healthy ones that then got sick.

This gave an appearance of a “correlation” that a germ caused a disease, when in actuality these preparations were extremely poisonous in themselves and as a result, created a detoxification reaction in the body of the healthy animal.

Even Pasteur came to realize his error in judgment with time. He stated later on in his career that “Claude Bernard was right – the microbe is nothing, the terrain is everything.”

He even abandoned his earlier beliefs about the germ theory and became convinced that disease came first and the germ second! He stated that “the presence in the body of a pathogenic agent is not necessarily synonymous with infectious disease.”

Pasteur was aware that fermentation, which he studied extensively while formulating his germ theory, only occurred in injured or decaying tissue, and that bacteria feed on the fermentation to help clean it up.

He also came to understand that germs and bacteria change their form according to their environment and that an acidic internal environment prompted harmless pathogens to become harmful.

Unfortunately, the foundation of modern-day medicine was already in place, as were its guiding principles of germ-disease causation that informed the creation and proliferation of the medical-pharmaceutical industry.

How amazing it is that the theory that was retracted by the same man who was its originator became the foundation and practice for modern healthcare – and the basis for everything we came to believe about our bodies and health.

Remember, the germ theory is only a theory that has been largely disproved in the 19th century, but which, over 100 years later, guides our thoughts, ideas, choices, and practices when it comes to health. Everything we know and believe about the world and our interaction with it is based on a theory…one that never even stood up to the best scientific minds of the day.

To learn more about the essential principles of health that are derived from the terrain theory as well as helpful advice on how you can take your power back and stay healthy for life, take a look at my following articles:

Healthiest Diet In The World: The Physical and Spiritual Superiority of Plant-Based Foods

The Essential Alkaline Food List to Help You Regenerate Your Body

By understanding history in the context of modern medicine as a “practice” (what the doctor does, as the modern healthcare practice is still based on a theory), we can open our minds to question the current healthcare status quo and realize that the way that the world works may not be based on wisdom and truth, but on the hierarchical power structure, convenience, money, and control.

Anesa is the founder of and the chief integrative health practitioner at Red Grape Wisdom, with a mission to teach the public the truth about health and the principles of wellness that trace their roots back to our human origins and our connection to the cosmic and natural law.

Anesa is the author of How to Detox Your Body Naturally and Safely, and her expertise lies in natural health diagnostics, holistic detoxification, and healing support. She uses many unique modalities to help others heal naturally and thrive such as naturopathy, medical astrology, iridology, and Eastern traditional herbal medicine.

How to Use Tinctures Effectively to Supercharge Your Health Goals

The Healing Journey Demystified: 13 Reflections on The Difficulties of The Healing Process

View More
The Healing Journey Demystified: 13 Reflections on The Difficulties of The Healing Process

Iridology Chart Reading: How It’s Done, and Why It Works

View More
Iridology Chart Reading: How It’s Done, and Why It Works

Looking for a  simple, customized plan to help you achieve your health goals?

I am offering a $70 wellness consultation special (1-page page wellness overview) meant to diagnose your most pronounced body weaknesses and provide you with a general dietary and lifestyle plan to help you reverse disease symptoms, chronic inflammation, and low energy levels!
*Valid at this price until January 31st*
If interested, simply contact me at
anesa@redgrapewisdom.com with the subject line "Wellness Consultation." 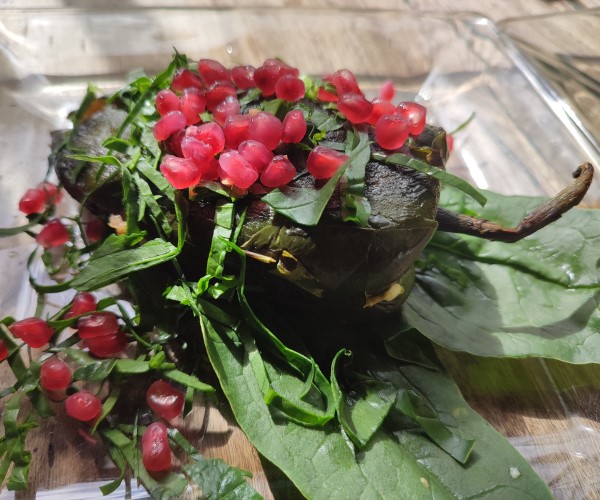 1) I will get back to you within 24 hours and send you a health questionnaire that will let me know everything I need to know about your state of health. You will also be provided with a link for the service payment.

2) Your one-page health assessment and recommendations will be finalized and sent to you within 48 hours of the receipt of your payment.